These are all words those attending the 2018 Neville Advisor’s College this weekend used to describe Dr. Lou Profeta’s lecture.

Dr. Profeta captured the audience within minutes by reading from his article, “A Sunday Talk on Sex, Drugs, Drinking and Dying With Frat Boys,” one of the most read opinion essays in LinkedIn’s history. He is an emergency room physician, instructor of medicine and author of the book, “The Patient in Room Nine Says He’s God.”

Dr. Profeta speaks at fraternities and universities around the country, sharing a perspective 25 years as an ER doctor has given him.

“They will blame you for the death of their child until the day they die,” he read to the audience gathered Saturday in a ball room at The Alexander. “Are you ready for that?”

That is what he tells fraternity men when he gives them the lecture.

Most of them sit silent with their heads down, he said.

In the article — and his lecture — he touches on alcohol, drugs and sexual assault.

“If you have to think about whether or not it’s the right thing to do, then it’s the wrong thing to do,” he continued reading from his essay.

He goes on to act out in detail the way parents react when he tells them their child is dead.

“Do you have any idea what it looks like for me to tell a mom and dad that their kid is dead?” he asked the audience. “There is nothing as devastating as that. I’ve watched as grown men lose control of their bowels and punch walls so hard they break bones. I’ve watched moms pull their hair out so hard their head bleeds.”

You have to get these young men to see the damage irresponsible behavior can leave behind, Profeta said.

The chapter advisors, house corporation officers and alumni association members stared in awe as he tossed beers, red bull, McDonald’s french fries and two cheeseburgers into a pitcher and mixed it all together with his bare hands.

It was time for show-and-tell.

He took out a plastic tube the size of a trachea and poured the contents of the pitcher into it.

It filled up within seconds.

“Now all of that junk is sitting smack dab in your trachea,” he said. “Do you know what I can do for this? Not a f***ing thing. I can’t save you. You are dead.”

He said he wanted to show the audience how quickly someone can choke on their own vomit. In most cases, their friends — or fraternity brothers — don’t know it’s happening. But even if they did, how many of them would actually speak up or act?

Whose fault is that?

Parents and advisors, he said.

“If we can’t convince them that that is heroic … that that is what friendship and brotherhood is, then you’re failing them,” Profeta said.

“You need to do something in that move-in phase,” he told advisors, “where you come to an agreement with the parents that if you take (their child) to the hospital because they’ve had too much to drink, they should leave them alone. Parents need to tell their kids that they want them going (to the emergency room). We want them there.”

“Yeah, he used curse words that you wouldn’t normally use in a professional presentation,” Horwitz said. “But the point he was making with that type of language is that you have to speak to these college students in the language they use today.”

He spoke to the audience in a way they could relate to, whether they’re advisors or parents.

“I would have expected an ER doc to say, ‘Absolutely not. Never. Never. Never,’” he said. “But in his own personal case, he actually introduced his own children to a controlled environment.”

It hit close to home for Horitz because he has a son who is about to enter college.

He hopes to either show his undergrads at North Carolina State a video of Profeta’s lecture, or bring him out in person.

‘Hearing it from him, I think it would be very powerful. I can’t imagine how even a college kid who might be difficult to get to could not absorb the message with the way he told it,” Horwitz said. “We can’t deliver the message the way he can deliver it, even if we were to use the same words. We’re not ER docs. We don’t have that experience.”

More than 70 alumni attended this year’s Neville Advisor’s College where they heard from several speakers, including Dr. Profeta, and networked with each other.

The College is completely free of charge — travel included. More than 400 alumni volunteers have benefited from Neville since 2014.

Check out all of our photos from this year’s Neville Advisors College below. 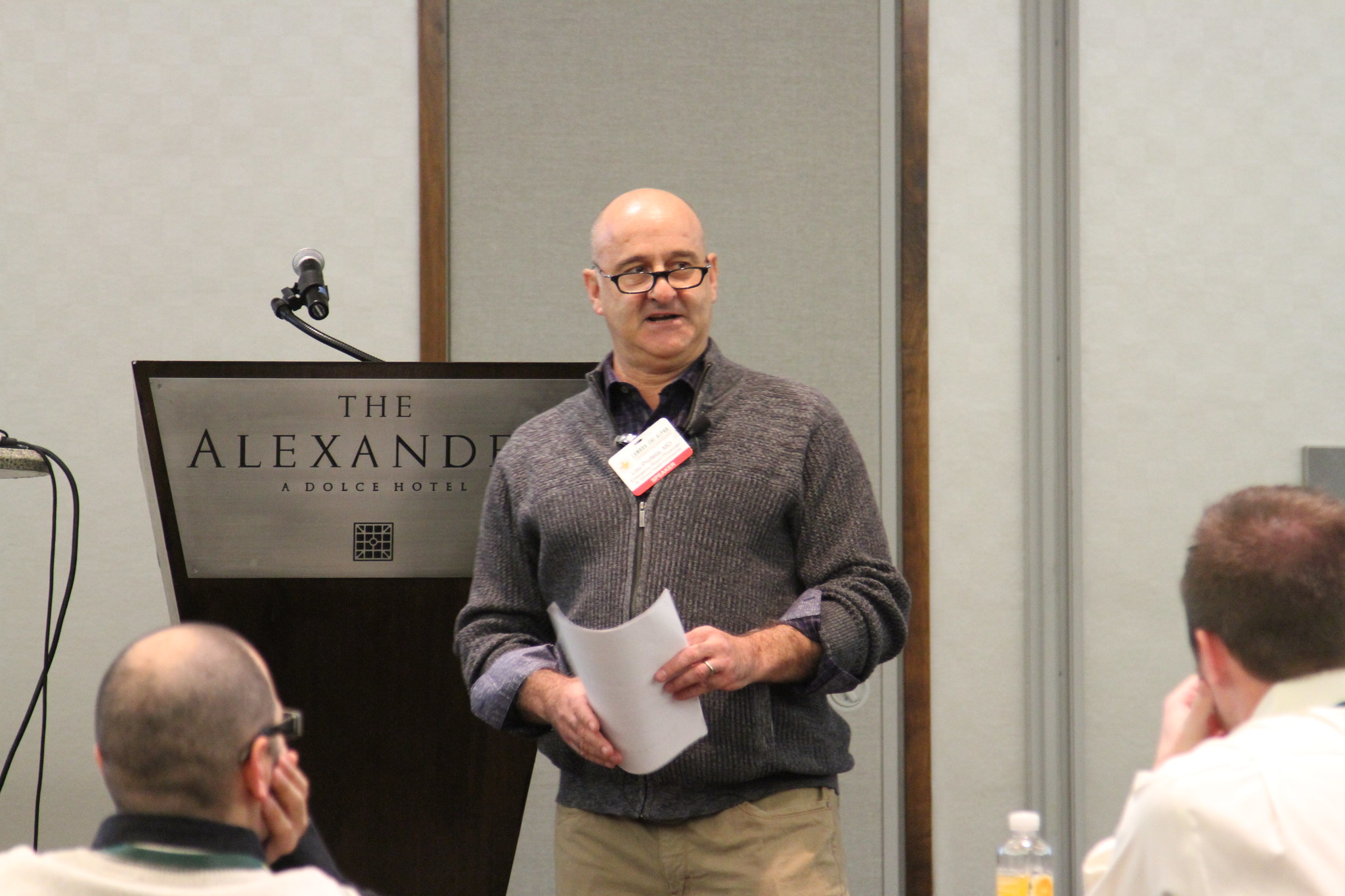